Anna’s parents were alcoholics and took drugs and they did not look after her. Child protection repeatedly placed the little girl away from home. The situation got worse. Anna’s father died and her mother could not get back on her feet. Child protection arranged a foster family for Anna. She is now doing well and meets with her mother regularly. 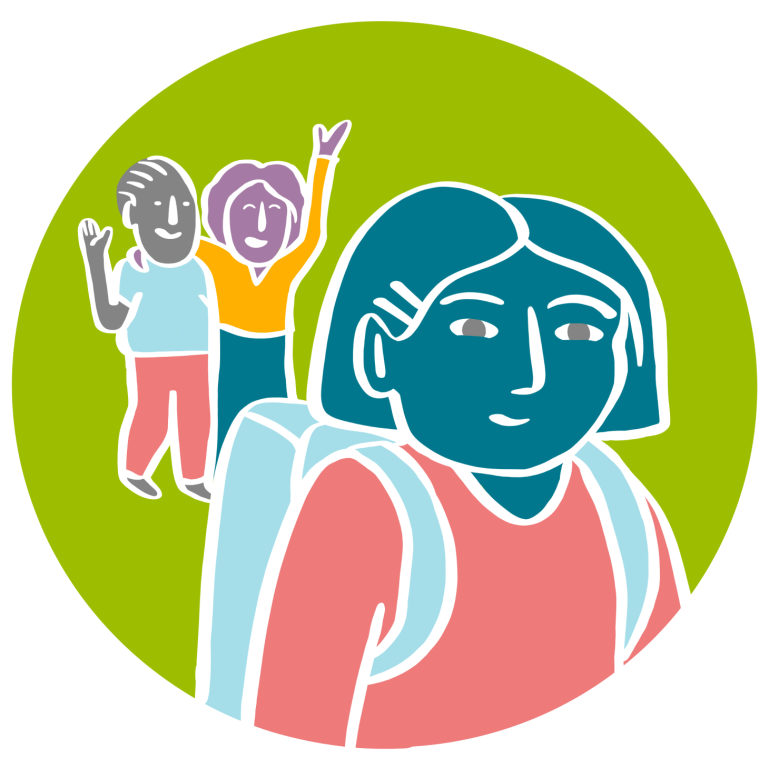 Anna’s parents moved to Finland when she was a little baby. Her father found work in construction. In their home country, the parents had been unemployed and drank a lot. In Finland Anna’s father also got involved with a group that used and distributed drugs.

When Anna was 3 years old, she had already been placed many times in a children’s home as an emergency placement . The reasons for placement were repeated loud and violent situations in which the family’s neighbours were forced to intervene, because they were concerned about the little girl. In these situations it was found that Anna was a neglected and very frightened child. The child welfare social worker’s support was arranged and the parents were guided to get help. However, the parents did not want to get treatment but continued to drink. Anna’s home was considered so unsafe that it was not possible for her to leave the children’s home and return to her own home.

Anna has no permanent home

When Anna was four years old, a Finnish foster family was found for her with whom Anna gradually became acquainted. First she spent weekends with the family and eventually she moved in with the family. Meetings with Anna’s parents were arranged, but the father never attended them and the mother seldom attended. When Anna turned five, her father died of a drug overdose. At this stage Anna’s mother wanted to rehabilitate. She stopped drinking and hoped that the girl would return home. The social workers began to work with the foster family and Anna’s mother to promote Anna’s return home.

The situation was very stressful for Anna, her mother and her foster family. One problem was that Anna had already become alienated from her mother and also from her mother tongue, which she no longer wanted to speak, even though she understood it. At this stage Anna was in her own world, a melancholy girl who hardly ever spoke. The foster parents could not really communicate with Anna, and things started becoming difficult for their family. The biological child of the foster family, who was a little bit older than Anna, started being very jealous of Anna. Anna moved back into a familiar children’s home, where preparations for her return home continued.
Anna’s 6th birthday was approaching and now she spent weekends and holidays with her mother. Gradually it became clear that the mother had met a new man, who drank a lot, especially at weekends. When he was drunk, he was violent towards Anna’s mother and sometimes towards Anna. Anna’s mother, however, did not want to end the relationship with the man, but she gave up her dream of Anna returning home.

A safe home in a foster family is arranged for Anna

The workers at the children home and child welfare services hoped that Anna could find a good foster family, because she was still a little girl, even though she had seen and experienced a lot. This time Anna’s mother also took a more positive attitude towards Anna’s placement with a foster family. She now stated openly that she did not have enough resources to live with her daughter every day.

When Anna was 6 years old, she got acquainted with and moved in with a foster family, whose mother was born in the same country and near the same region as Anna’s own mother. There were 13- and 19-years-old daughters in the family, with whom the family’s mother had always spoken in their mother tongue. The mother of the foster family immediately got on well with Anna and her mother, who was also pleased with the new foster family. It became apparent that Anna has a maternal grandmother in her home country, who had been very concerned about the girl and missed her for years. The foster care family started visiting the grandmother when they traveled to their home country to meet their relatives.

Today, Anna is an energetic 10-year-old schoolgirl. She is fluent in two languages. Meetings with her mother are important for Anna, even though they do not always succeed as planned.

Anna also has three grandparents now: one in Finland, and two in her home country. The social workers think that a common mother tongue with the foster mother and sisters has helped when going through Anna’s experiences and feelings with Anna. The common language has also made it easier to co-operate

Help before a baby is born

Help before a baby is born