Asif is twelve. He steals and fights, and his parents are powerless. The school and the child welfare services are trying to help, but Asif’s behaviour continues getting worse. Finally, it is decided with the family that Asif will be placed away from home for a while. Professionals work with the whole family during the placement. Once things have calmed down, Asif can go back home. 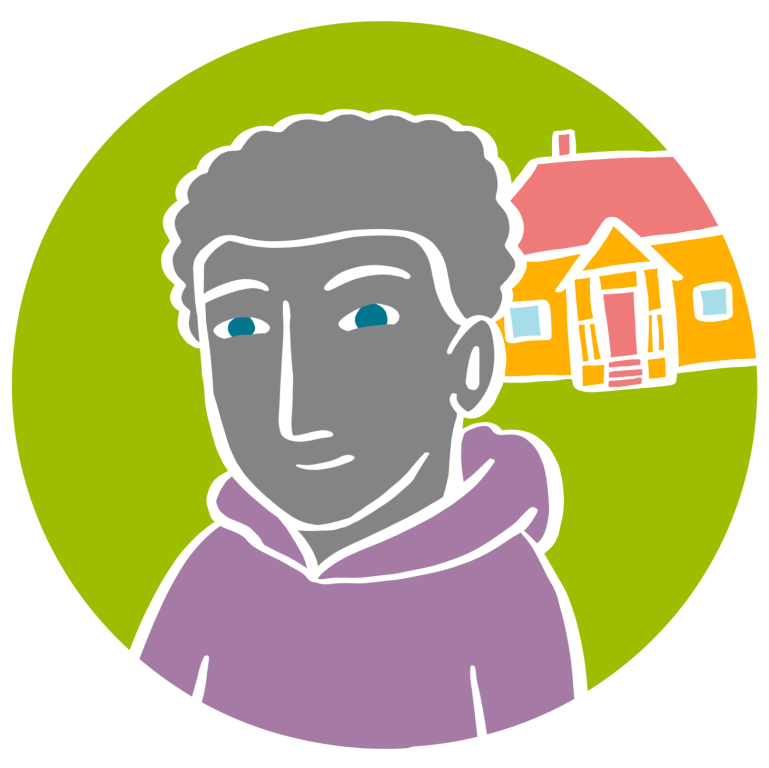 Asif is twelve, and the second youngest child in his family. His parents have lived in Finland for several years but have not learned Finnish. They have never attended a Finnish language course. Asif’s older siblings no longer live at home.

Two years ago, it was discovered that Asif had been shoplifting. A child welfare social worker invited the parents and their son to discuss the issue. They talked about the consequences of crime and how to deal with it. In Finland, children under the age of 15 cannot be prosecuted or punished for a crime, but the child welfare services can intervene. However, even those under the age of 15 are liable for damages. Children aged 15 and over can be taken to court and fined, for example. The parents promised to discuss the matter in more depth at home. Asif said that someone he knew had convinced him to shoplift.

The school contacted the child welfare services a year later. Asif was very aggressive at school, and other pupils were afraid of his threats. The teacher said that Asif was easily drawn into fights during and after school.

The child welfare social worker met him and his parents again. Asif said that he lost his temper when people called him offensive and racist names. The parents also said that Asif gets very angry at home when he is restricted or forbidden from doing things.

A social worker contacted Asif’s teacher, who promised that the school would pay more attention to Asif to see if he was being bullied. It was explained to the parents that it is important to set safe boundaries for children: Asif could not be allowed to decide how late he stayed out, for example. The parents were also worried because they did not know Asif’s friends and could not contact their parents as they didn’t speak the same language.

It was decided that Asif and his parents should start working with a child welfare worker. The worker met the family every week, and it was explained to the parents that they had to set some rules, such as what time Asif had to come home in the evenings. The school intervened over the bullying, but Asif’s behaviour became even worse than before. He disturbed other pupils in class and could not concentrate on learning and listening. Asif often refused to obey his teacher, lost his temper and left class without permission.

Asif, his parents, child welfare workers and the school explored ways to support Asif’s learning so that he could focus. It was also agreed that Asif would meet a school psychologist to discuss his problems at school. The school psychologist also assessed Asif’s learning difficulties. Once the causes of a learning difficulty are known, it is easier to find a way to help the child.

Things improved for a while and Asif went to school regularly. Then he started having problems in his free time. He began to vandalise public spaces with his friends and also started shoplifting again. Asif did not follow the agreed rules at home, was passive and tired at school and too tired to do his homework. He began to change and found schoolwork too difficult.

His parents were very tired and sad about the situation. They talked to their son but nothing helped. They were very worried about Asif’s future.

Asif’s problems can be addressed in a children’s home

A child welfare social worker arranged a meeting with Asif’s parents and teacher to discuss the issues. The child welfare services suggested that Asif be placed in a children’s home so that he could attend school regularly while his behaviour was effectively addressed. The parents found this idea frightening and strange, but they knew that the situation needed to change.

Asif and his parents were able to visit the children’s home before making a decision to see what they thought of the place. They also discussed how Asif could keep in touch with his parents and when he could spend some time at home. The placement would end when there was no longer a need for it. While Asif was in care, his parents were given advice by other adults. Staff in a children’s home can help a child to cope with everyday life better than open care services. While children are staying in a children’s home, their affairs are handled by their parents, staff and a social worker.