The family includes a mother, father and two sons. The sons have had problems lately. One of them has difficulty concentrating and easily gets into fights at school. His teacher and a school social worker invite his parents to discuss the situation and suggest that the social services are contacted. The parents are distrustful of the authorities at first, but they soon realise that the social and health care services and the school can provide support for the whole family. 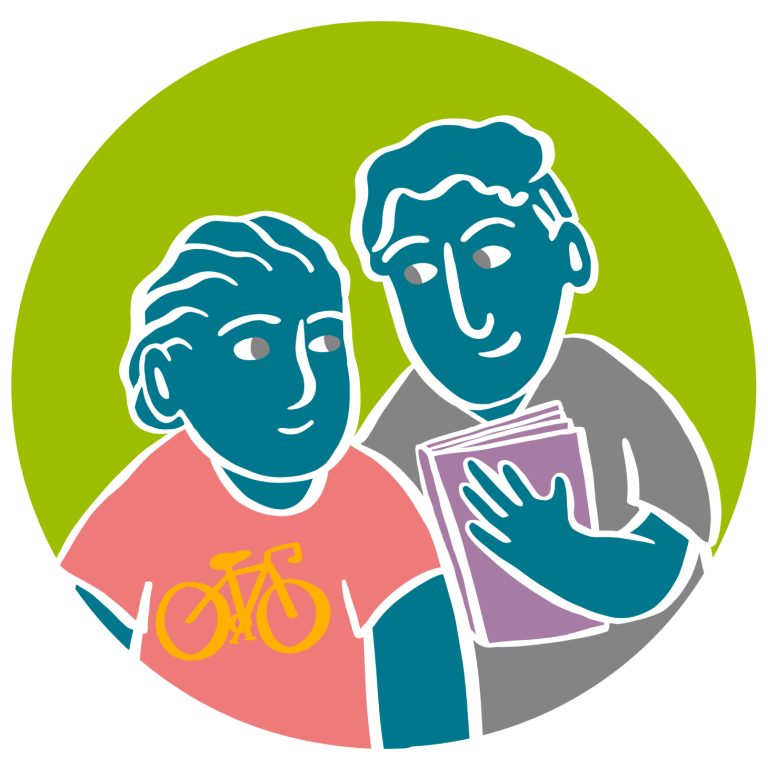 The parents are concerned about their children

The family has moved twice recently because of the father’s job. He works shifts and spends a lot of time away from home. The younger son is six and the mother cares for him at home. He is overweight and not really interested in learning new things. The boy thinks that he’s not as able as other children and, for example, does not want to learn to ride a bike.

However, the parents are even more concerned about their older son, who is eleven. He is not doing well at school, is unable to concentrate and has difficulty learning. Moving and changing schools have made his problems worse.

The parents are invited to talk to his teacher and a school social worker, who think that the boy should be examined by a doctor. At first, the mother thinks that she knows her son’s needs best. However, after the discussion the parents agree that the school psychologist should refer the boy to be examined.

An explanation for the problems

The examinations show that the boy has a fairly common neurodevelopmental disorder called Asperger’s syndrome. This explains the child’s behaviour and his misunderstandings and arguments with classmates. He has hit other children before, having been unable to express himself in difficult situations in any other way. The parents are told that it is important for the boy to learn to express himself without using his fists.

The family receives a referral for neuropsychiatric therapy, which helps the boy with everyday skills and gives his parents the tools to support and guide him. Ten sessions of therapy are booked. The parents also agree to contact the social services to see what other types of support the family could receive.

The social services propose a meeting with the parents at the family home. During the conversation, the social worker listens to the family’s needs, and the mother admits that she is exhausted. She is happy to discover that the social worker is interested in the whole family’s situation and also thinks of ways to help their younger son. The need for services is assessed, and it is agreed that the family will be supported by family work services.

A family worker starts visiting the family home every week. She helps the parents to guide the older son’s behaviour more effectively and follow the advice given at the therapy. The boy is also offered support at school, where, little by little, his academic performance improves and he learns to get along with other pupils.

The younger son goes to preschool. After a couple of months, he tells his parents that he would like to learn to ride a bike so that he can go on a bike ride with a schoolmate. The parents are relieved: problems can be solved. The parents decide to apply for subsidised leave so they can spend time together.

This website uses cookies to improve your experience while you navigate through the website. Out of these cookies, the cookies that are categorized as necessary are stored on your browser as they are essential for the working of basic functionalities of the website. We also use third-party cookies that help us analyze and understand how you use this website. These cookies will be stored in your browser only with your consent. You also have the option to opt-out of these cookies. But opting out of some of these cookies may have an effect on your browsing experience.
Necessary Always Enabled
Necessary cookies are absolutely essential for the website to function properly. These cookies ensure basic functionalities and security features of the website, anonymously.
Functional
Functional cookies help to perform certain functionalities like sharing the content of the website on social media platforms, collect feedbacks, and other third-party features.
Analytics
Analytical cookies are used to understand how visitors interact with the website. These cookies help provide information on metrics the number of visitors, bounce rate, traffic source, etc.
Strictly necessary cookies
These cookies are necessary for the website to function and cannot be switched off in our systems. They are usually only set in response to actions made by you which amount to a request for services, such as setting your privacy preferences, logging in, or filling in forms. You can set your browser to block or alert you about these cookies, but some parts of the site will not then work. These cookies do not store any personally identifiable information.
Save & Accept
Powered by